Perspectives and Future of Online Payments in Armenia 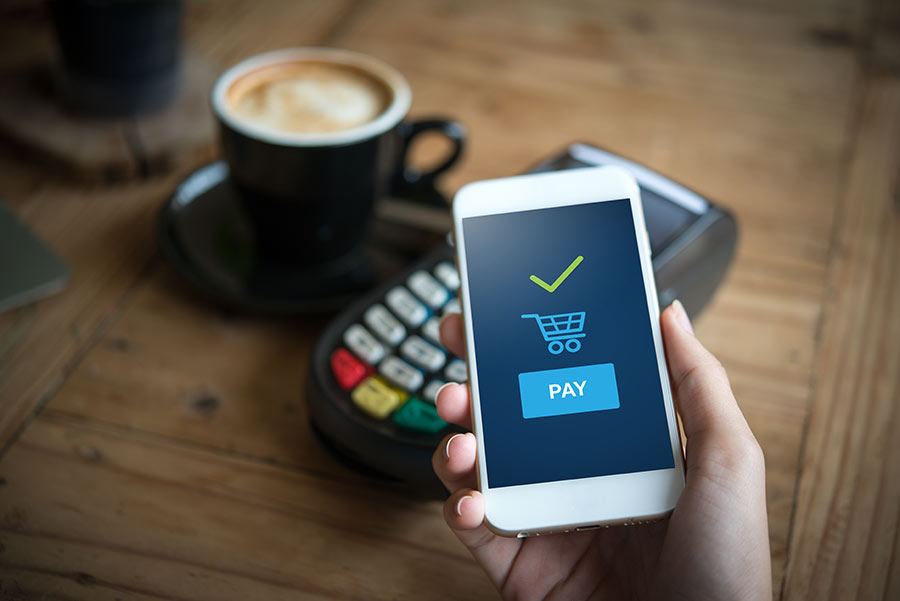 The current year registered an unprecedented rise of online payments, because of many reasons, including the global healthcare situation: it is predicted to have 1 billion people using mobile payment apps worldwide at the end of the year and 1.31 billion by 2023!

The rapidly changing world and the rapid development of modern information technologies dictate a new agenda for companies providing financial services: transactions should not be complicated, time-consuming, instead they should be available anywhere and anytime.

Today there is no doubt – we are moving to a cashless world. Mobile contactless payments are the main payment methods for many countries, while others are slowing down to switch for some reason.

Cashless payments were implemented by developed countries several decades ago. Based on credit cards, they changed a whole understanding of payment, online transactions, however during the last several years the legacy structure became a burden, because formerly developed countries, aka “Western” markets adopt new technologies slower than the growing markets of China, India, Eastern Europe. Developing economies of Latin America, Africa, or Asia widely use mobile payment and e-wallet innovations, based on accessible mobile technology.

The global market of mobile payments is ruled by Chines tech giants. The country with the largest population in the world is driving mobile payment technology to a new level.

Today the largest mobile payment platform with more than 1.2 billion daily active users is Alipay, leaving the last year’s leader WeChat far behind. Together these 2 Chinese companies beat all other competitors in terms of user numbers.

According to the Mordor Intelligence report Mobile Payments Market – Growth, Trends, and Forecast (2020-2025) the global mobile payment market will continue to rise (predicted annual growth of 26.93% by 2025), because mobile payment applications like PayPal, Samsung, AliPay, WeChat are becoming more popular day by day.

Today Armenian digital payment sector is well developed to meet the demands of not only its customers but international standards. However, because of local mentality, particularly the habit of paying cash, these technologies are mostly used by the young generation or tech-savvy adults only. The situation changed by pandemic, changed the perception of online payment systems wholly.

The increase of non-cash payments, especially in online trading, utility payments against the impact of the current situation is natural. It should be noted that the government and the Central Bank of the Republic of Armenia have repeatedly strongly recommended non-cash payments.

The Central Bank also decided to withdraw old banknotes from circulation to reduce the risk of transmission of the virus with cash.

Many banks, in turn, offer online stores to use their specially developed tools to accept card and QR payments. These solutions allow accepting card payments without any additional investments and integrations – a retailer may not even have a website. Such solutions are mostly popular among the stores operating on Facebook and Instagram.

How pandemic affected the system of money collection? Does self-collection with the help of ADM become more popular?

The officials state that yet there are no special changes in the plan, however large and middle retailers, real estate agents are self-collecting cash in banks or depositing in cash with the help of cash-in ATMs or terminals within the scope of self-collection.

According to the Central Bank of Armenia statistics, online transactions with a bank card have increased more than ten times during the last 5 years from 25 billion AMD to 338 billion AMD during the pre-pandemic 2019.

Particularly, online payments were made for vehicle orders (during the 2019 car boom), however, in January 2020, when Armenian buyers stopped buying vehicles abroad, the online trade turnover was almost as high. In December 2019, the number of transactions was 44 billion AMD, and in January 2020 – about 34 billion. Today more people pay online for utilities, food, education, or entertainment.

Many shops, fast food companies, and restaurants are now forced to re-profile, seek opportunities, organize delivery, and receive online payments. For example, FinTech Company PayX cooperates with such companies, helping them to “expand” their services. They have created a whole online platform, where the list of the partners with their sales, special offers, and actions are presented. Success in such platforms will make the businesses a part of the future.

In addition to being the most up-to-date payment method, a service is also a new tool for business development, offering a competitive business scale, and providing new opportunities.

The online payment infrastructure in Armenia is well developed to allow businesses to integrate new tools into their infrastructures and be competitive and successful in this digital era.

The executive director of the Union of Banks of Armenia is sure that the digital transformation of the Armenian banking system is in process and is going through drastic changes. “One of the strategic directions of banks is the introduction of the latest technological solutions, which is an ongoing process”,- he says.

According to the official, customers’ expectations and demands push the market towards the latest FinTech trends, moving the banking system to a faster, safer, contactless, and cashless future. From a cybersecurity point of view, the Armenian online banking system is secure enough to meet the highest technological demands of international online banking standards.

The Chance for mobile banking in Armenia

As the coronavirus closes the doors of many banking branches, digital banks are using this feature to change the way customers view the digital banking system.

In Armenia banks like Evoca, Ineco, Ameria and other lead companies implement innovative technologies widely towards the online banking system. They are confident that this positive change in the virus-driven mobile banking system will have a long-term impact on the years to come.

Along with the spread of the coronavirus epidemic, online trade became more active in Armenia during the last 6-7 months. At the same time, the number of cases of violation of the “Tax Code” increased according to the officials.

The Ministry of Finance already presented draft amendments to the “Tax Code” in the National Assembly. Concerns regarding the online payments are based on the experience where the online buyer is either not provided with a cash register receipt or the receipt is printed in advance and delivered to the buyer by courier, which violates the law. According to the officials, there is no other way.

There is also no possibility to transfer the cash register to the order address. It is proposed to provide this opportunity for traditional cash registers until the end of the year, and from January 1, 2021, when the Ministry of Finance will consider that the transition phase is over, implement the electronic platforms, that will apply only the electronic cash registers. The new type of cash register receipt will be provided to allow businessmen to work in the field and to adopt their work to the requirements of the new law.

Total digital transformation is a matter of time, and the global crisis often acts as a booster for structural changes.

The advisor of central banks around the world The Bank for International Settlements released a bulletin in April, where officials insist that the current healthcare crisis could accelerate the transition to digital payments around the world, including central bank digital currencies.

Sweden was a pioneer in digitizing its payment system. The booster event was a well-known robbery of Västberga in 2009 and a series of robberies in shops, other banks, or even buses. Sweden started to reduce physical banknotes circulation to protect people’s finances. Cash used in Sweden decreased from 39 percent in 2010 to 13 percent in 2018. Currently, about 20 percent of retailers in the country no longer accept cash.

The other digitized national currency program launched in China recently. The concept of digital yuan is launched yet in 4 cities and the details on national digital currencies are not announced yet.

Digital yuan is supported by China’s central bank, the People’s Bank of China, and is connected to the local currency. This national digital currency is not like traditional cryptocurrencies like bitcoin, which is decentralized and is not controlled by a central authority. This new Chinese digital currency most likely uses asymmetric cryptography (public / private keys), smart contracts for providing controlled anonymity and fraudulently.

Canadian central bank already has a strong interest to reduce the use of cash and going to a cashless society. The rise of blockchain and cryptocurrencies accumulated interest in digital currencies. Many countries already experimented with it, as national central banks trying to develop and implement digital money infrastructure. However, there are plenty of issues that need to be scrutinized, such as privacy implications or actual help to the economy.

Will Armenia be the next hub to implement national digital currency, is not discussed yet, however, taking into account the official’s positions towards banking infrastructure digital transformation, financial and IT system development level in the country, digitized banking, and financial systems are not so far.

Active experiments in China and Sweden with national digital currencies shown that the crisis gives some freedom for such innovative approaches, however, such experiments could provide governments with controversial powers, and the mission of the state could vitally change with withdrawing cash and giving the banks the power to adopt a new system for controlling financial flows.